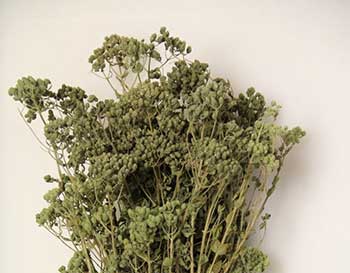 OREGANO (Origanum vulgare ssp hirtum): Oregano is well-known and so much used by the people. It flourishes and is collected in Samothraki during July and August.  It is an essential flavoring for meat and fish and is considered as the “queen” of Greek salad and grilled meat in the Mediterranean cuisine. Also, it has got major pharmaceutical capabilities since it is effective for diarrhea, travel sickness and is soothing to toothaches and stomachaches.