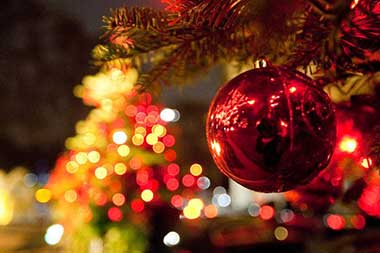 During Christmas the residents were singing Christmas carols and giving the “Kstou of Giannitour” i.e. figs, nuts, chestnuts and walnuts. Furthermore, a few days before Christmas they were slaughtering pigs and putting the snout of the pig in the jambs of the door to turn away the lightning. On New Year’s Day women of the house were baking the pie and protecting it with olive branch from the goblins. Early in the morning the younger women were filling up the pitchers so as to have their houses filled throughout the year. What is more, in every home, the family was breaking a large pomegranate for good luck and was setting the table because Santa Claus was expected to eat. During the twelve days of holidays they weren’t throwing away ashes from the fire and keep burning a thick wood, known as “dodekameritis”, which was scaring away the goblins. With this ash on the eve of Epiphany, they were making a big cross on the roof of the house so as to eradicate the last goblins.