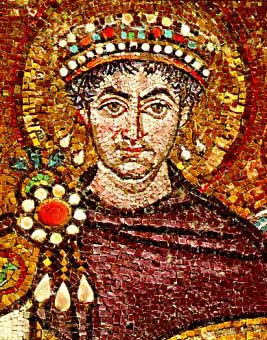 In the late 4th century AD, the Mysteries of Samothraki are in the past and Christianity is the religion that prevails. Simultaneously, it starts the decline of the island and eventually it will be isolated at the edge of the sea, though it is so close to the new capital.

The large earthquakes in the 6th and 7th century, the Slavic invasions of the 8th century and the lootings of Sarakinoi during the next century contributed to the abandonment of the island. In the centuries of Byzantium and to the Genoans’ sovereignty in the 15th century Samothrace is used as a place of exile for Byzantines. During the 13th century, the dissolution of the large fleet leaves Samothraki and the other islands of the Aegean Sea at the mercy of the Turks.

In 1430 Samothraki passes into the hands of Gattilusi and the ruler Palamidis Gatelouzous fortified it, as the remains of the towers of Palaiopoli, Samothraki and Fonias certify it. At that time a general reconstruction of the island is even attempted with the founding of the settlement in the center of the island known as Samothraki and the concentration of its few residents there.